Our interest in Forage Maize seed arises from the belief that forage quality is key to the performance of high yielding dairy cows. 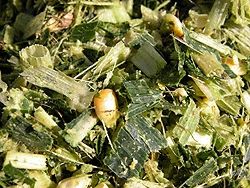 Starting with the right variety of forage maize seed is a major factor which determines the nutrition of the forage maize when it is fed to the dairy cow. 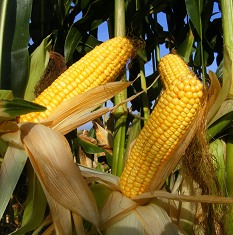 Over a number of years Richard Webster Nutrition has been trialling a range of the most promising new forage maize varieties with the potential to reliably produce very high yields along with very early cob ripeness, high whole plant digestibility and good starch levels.

We have found that often top varieties on the national lists have not performed as well as expected on commercial, less favourable sites, whilst some other varieties have performed better than the top listed varieties.

Our additional commitment to sourcing the best varieties for our customers has enabled us to offer maize varieties which consistently out perform maize from many other suppliers.

We place great importance on selecting varieties that perform well locally rather than relying on official trial data alone. By trialling across a large number of commercial farms locally we aim to continuously upgrade our varieties to provide farmers with outstanding results designed to both reduce the cost of growing forage maize and to improve the nutritional characteristics of the maize silage in the pit. 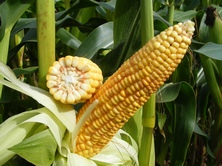 With the cost of land, fertiliser and other inputs increasing the cost of growing forage maize can only be controlled by growing higher yielding varieties and growing them well.

See more information on Making the Most of Maize

We are confident that our best new forage maize varieties will prove far more profitable for farmers to grow than many other varieties currently available.